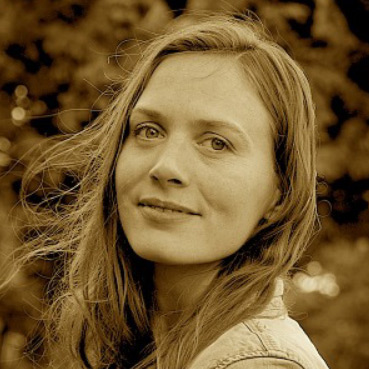 Machine Learning and its wealth of applications by Line Clemmensen

Abstract: Machine learning and AI are buzz words when it comes to what the future looks like, but where does the hype stem from, and what does the landscape look like? I will add a few examples of my research to the landscape.

Bio: Line graduated as an engineer from DTU and went on to do her PhD in statistical image analysis, and was subsequently hired as an Assistant Professor where she focused on research and teaching within data science and machine learning with applications in Industry. She has worked as a Principal Data Scientist with Mærsk Digital and is now back in Academia as an Associate Professor within Machine Learning. 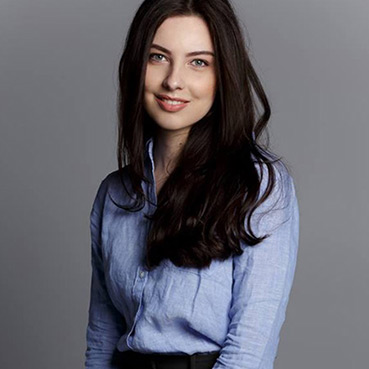 ‘Do what you can’t’ or ‘the timely twist’: my path in cybersecurity by Anastasiya Kornitska

Anastasiya is a Cyber Security Consultant at SecureLink Sweden specialising in ethical hacking, IoT security and logs monitoring. She is an organiser of Women in Cybersecurity Conference and previously a Lead of Google Women Techmakers in Estonia. Anastasia holds BA degree in International Security from Jagiellonian University and currently finishing MSc in Cyber Security at KTH Royal University of Technology (Sweden) and The University of Tartu (Estonia). She is also composing cinema music as her hobby. 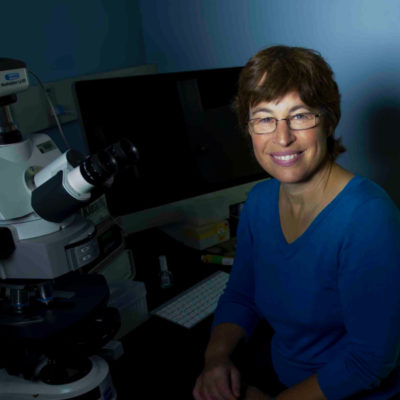 Lynn Rothschild is passionate about the origin and evolution of life on Earth or elsewhere, while at the same time pioneering the use of synthetic biology to enable space exploration.  Just as travel abroad permits new insights into home, so too the search for life elsewhere allows a more mature scientific, philosophical and ethical perception of life on Earth. She wears several hats as a senior scientist NASA’s Ames Research Center and Bio and Bio-Inspired Technologies, Research and Technology Lead for NASA Headquarters Space Technology Mission Directorate, as well as Adjunct Professor at Brown University. Her research has focused on how life, particularly microbes, has evolved in the context of the physical environment, both here and potentially elsewhere. More recently Rothschild has brought her creativity to the burgeoning field of synthetic biology, articulating a vision for the future of synthetic biology as an enabling technology for NASA’s missions, including human space exploration and astrobiology. Since 2011 she has been the faculty advisor of the award-winning Stanford-Brown iGEM team, which has pioneered the use of synthetic biology to accomplish NASA’s missions, particularly focusing on the human settlement of Mars, astrobiology and such innovative technologies as BioWires and making a biodegradable UAS (drone) and a bioballoon.  Her lab is testing these plans in space on in the PowerCell synthetic biology secondary payload on a DLR satellite, EuCROPIS, launched in December 2018. She is a fellow of the Linnean Society of London, The California Academy of Sciences and the Explorer’s Club. In 2015, she was awarded the Isaac Asimov Award from the American Humanist Association, and was the recipient of the Horace Mann Award from Brown University, and has been a NASA Innovative Advanced Concepts (NIAC) fellow three times, most recently in 2018. She frequently appears on documentaries, TV and radio, and lectures worldwide, including Windsor Castle, Comi Con, TechFestival and the Vatican. 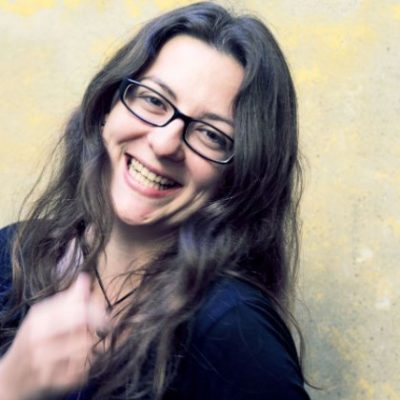 What would a 21st Century Toy really be like? by Dajana Dimovska

Dajana is Co-CEO and Bizdev at NapNok Games (formerly KnapNok Games). NapNok Games is an award-winning console games studio with a mission to create groundbreaking local/ social multiplayer experiences. She is the very first organizer of the Women in Games Breakfast in Denmark back in 2015! Dajana is also co-founder of the Copenhagen Games Collective and one of the founders of the worldwide Game Jam movement. 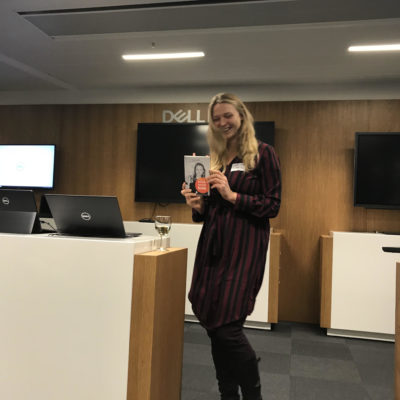 Talk details
A woman’s code book
Women in computing have shaped the evolution of information technology. However, they are now a rarity within coding positions – a trend which started in the 1980’es. But why? And what should we do about it – if anything? How can you be aware of this today, while surviving in a nerds world?
Meet Sine Zambach during breaks, who will discuss these issues, carreer and educational paths in it, as well as her book “A womans code book” (in Danish: “Kvinde kend din kode”). It will be on sale for a special price at venue, 150 DKK / 20 Euro.
Sine Zambach holds a PH.D. in Computer Science, a Master of Science in Bioinformatics and has experience from different industries in coding as well as science communication. Her role at the conference is as a mentor and she is having a stand with her book where she can entertain on code teaching and wonder women in code history. 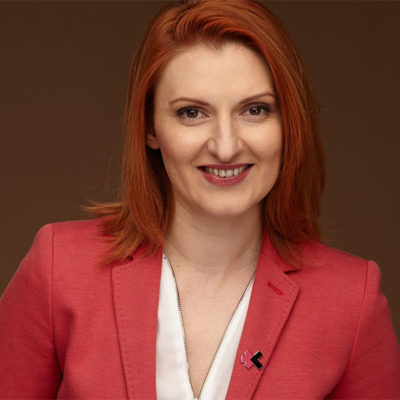 Mia Negru is a serial entrepreneur, Singularity University Alumni, made Women in Tech Danish list in 2019 with her efforts to bring sustainability into big companies and by supporting and empowering female entrepreneurs in Denmark. 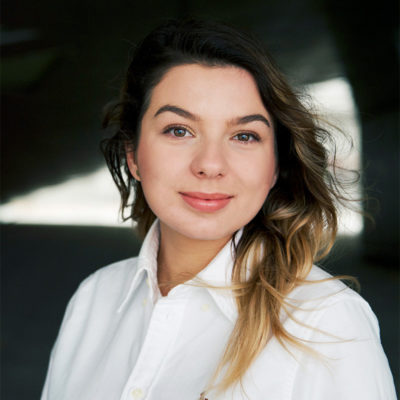 How to build your personal brand with Linkedin by Alexandra Ciobotaru

Talk details
Alexandra works in a tech company doing both branding and sales using LinkedIn and she is an advocate for knowledge sharing. Her talk will focus on those aspects and positioning yourself as a thought leader when your experience and personality can bring value to the community you want to target.The following  workshop will focus on using LinkedIn to build a personal brand and analyze the network effect. Most of us can see the platform as a tool for connecting with like-minded individuals or just extending one’s current network, but the level to which LinkedIn can benefit you as a professional goes beyond accepting a connection request.

Anastasiya is a Cyber Security Consultant at SecureLink Sweden specialising in ethical hacking, IoT security and logs monitoring. She is an organiser of Women in Cybersecurity Conference and previously a Lead of Google Women Techmakers in Estonia. Anastasia holds BA degree in International Security from Jagiellonian University and currently finishing MSc in Cyber Security at KTH Royal University of Technology (Sweden) and The University of Tartu (Estonia). She is also composing cinema music as her hobby. 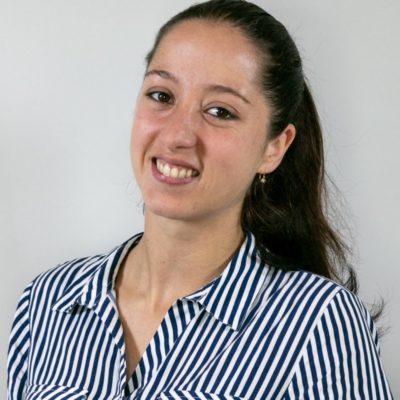 Eva is absolutely obsessed with data and passionate about AI. She is a Data Analyst and Software Developer at Laerdal, additionally provides consulting and works with various projects at her startup company.

In April, 2015 there was an earthquake with 7.8 magnitude, and an epicenter in the Ghorka District of Nepal. The disaster injured more than 30000 people, which was in most cases caused by the collapsed buildings in the earthquake.
During the demo-oriented session you receive hands-on knowledge to build your own predictive Azure Machine Learning model, to shape it for your own business and to improve it for better results.
With this model you can investigate the risks of damage in case of another disaster. The data we use for the demo can be used to mitigate which buildings might need strengthening, so not only many buildings, but also thousands of lives could be saved in another earthquake. 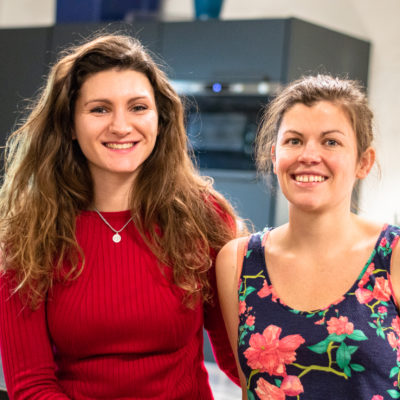 The future of Robotics by Clionadh Martin and Nina Popovic

A creative soul meets a tech talent. Nina wanted to inspire people to lose the fear of programming by using her organizing skills. This is when she got in touch with the tech talent, Clionadh Martin, who was several years of experience within the field of robotics. And this is how Creative Tech Workshops concept came to life.

In a world driven by technology, the realm of robotics is relevant and can be applied to everything around us. For many people, robotics may seem overwhelming and complex, but we’re hoping to change that through our Creative Tech Workshops. Throughout the workshop, our aim is to give you the knowledge and skills to build your own robot and apply your new understanding of robotics to everyday life – robotics made simple. 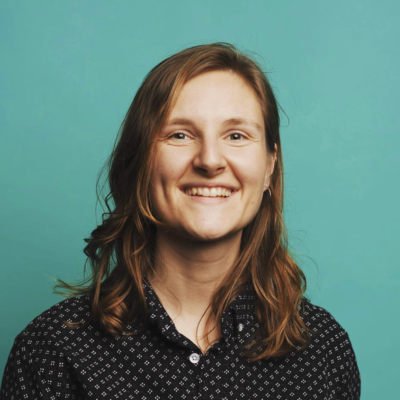 Julia is the co-founder of CryptoWomen and currently writing her master’s thesis at CBS on the topic of blockchain for social good. She has interned for the Danish Foreign Ministry’s Innovation Department where she helped to set up partnerships between tech startups and big companies and learned to think across borders and in terms of innovation eco-systems. Using tech for good and making tech accessible for all are her core focus areas.

Yes, when people think about blockchain they think about cryptocurrencies and big banks making their processes faster. In this workshop you will see that the technology is used and will be used in a wide range of social work. As in any good analysis of implementation, do’s and don’ts will be included. 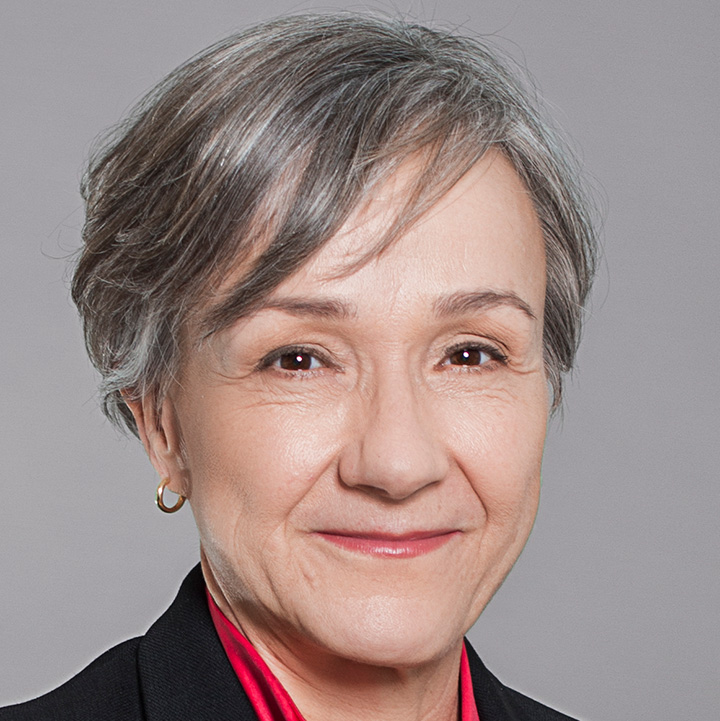 Lynn Roseberry, Ph.D., is co-founder and CEO of On the Agenda, a boutique gender and diversity consulting company based in Copenhagen.  From 2001 to 2016 Lynn was a tenured associate professor at Copenhagen Business School where she also served as Head of the Department of Business Law and Equal Opportunities Officer. 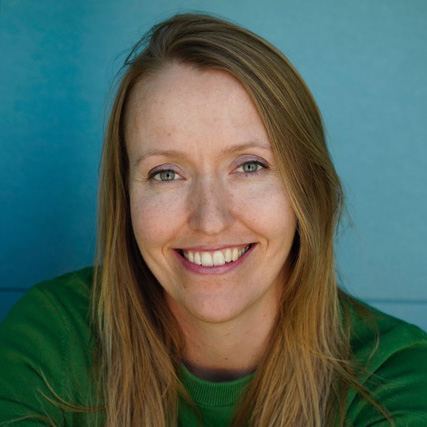 Details
Nanna Ulsøe is founder of Canvas Planner, a Saas company that help customers make their complex work less complex by making it visual. Task and collaboration made with a great overview.  She has been running the business for almost 5 years and it is one of the few bootstrapped Saas business in Denmark. 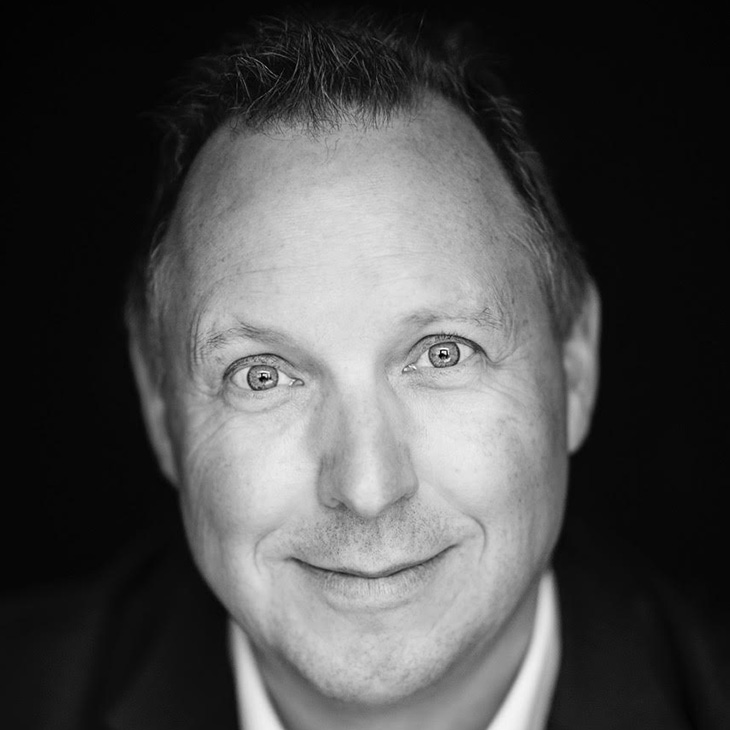 Details
Niklas Hall is CEO and co-founder of tech startup Acumex working with advanced negotiation algorithms. His career has covered the entire value chain, including leadership positions in both private and public corporates as well as startups. He aims to be an inspiration and role model for the next generations. For the youngest it is by sharing the joy of tech in Coding Pirates. For the younger students and executives it is study & career mentoring including entrepreneurship. For the older, white male segment it is leading by example and showing diversity is good and possible. 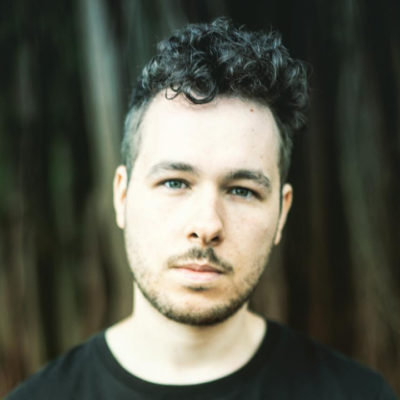 Details
Olivier is a Swiss/Brazilian developer, designer and Co-Founder of Tomorrow. A stats-nerd PhD dropout turned art director and developer, he studied comparative international studies and social psychology at ETH and University of Zurich.

Rising Star of the year

Role Model of the year

Developer of the year

Diversity leader of the year

Women in Tech Advocate of the year

Transformation leader of the year

Entrepreneur of the year

Digital leader of the year

Initiative of the year

Security champion of the year

Mentor of the year

Investor of the year

Business leader of the year

Innovator of the year

Young leader of the year

Graduate of the year

Photos from the Summit and from the Awards Ceremony are available on our Facebook page. Great thanks goes to the duo photographers from GegenWind